Chemistry Race originated as a Czech competition Chemiklání at the University of Pardubice in 2015. It is a team competition for pupils in the final two years of pre-university school. Teams of 3–5 students solve chemisty questions and compete with other teams in real time.

Chemiklání was founded by my friend Jan Hrubeš with the help of Martin Balouch and Adam Tywoniak. Apart from reviewing the competition questions I was not very involved until 2019, when I was a question examiner during the race.

In 2019 I offered the Department of Chemistry, University of Cambridge to organise a Cambridge round of the competition. The offer was met with enthusiastic support from Dr James Keeler (Head of Department), and Dr Peter Wothers (School and Outreach Officer). I organised the first year of the Cambridge Chemistry Race in the position of the Head Organiser in 2020.

I first joined TCSS in 2015 in the position of a Computer officer. In 2016 I took the role of the president. The main activity of the society is to hold weekly talks during term time. I have organised fourteen ordinary talks with eminent scientists, such as Prof Fred Loebinger from the University of Manchester, Prof Jeremy Baumberg, head of the NanoPhotonics centre in Cambridge, and Prof Richard Barker from the CASMI institute (University of Oxford). In addition we held an extrordinary talk together with the Trinity Mathematical Society by Dr Sander Dieleman from the Google DeepMind project, which was one of the best attended talks that Trinity had seen in years.

A Michaelmas talk by Prof Edward Davis on the discoveries of the 3rd Lord Rayleigh, a Trinity alumnus and a 1904 Nobel Prize winner, had sparked such interest, that we decided to have a follow-up. On the 17th and 18th of March 2017, we have organised visits to the lab of Lord Rayleigh. It is situated in one of the wings of the house of the current Lord Rayleigh and is preserved in the original state of early 1900s. Lord Rayleigh himself gave us a tour of their house followed by a visit of the lab with commentary by Prof Davis. A more detailed account of our visit can be found in the Summer 2018 issue of The Fountain magazine (issue 25).

Following the tradition, the last event organised by our committee was the Annual Symposium followed by the Annual Dinner. At the symposium, students of Trinity College share their reasearch with their fellow students, as well as with the general public. In 2018 he symposium was opened by the Master of the Trinity College himself, Sir Gregory Winter.

After finishing my presidential term in 2017, I remained on the committee until today. Officially being in the position of a general member or a graduate representative, but my main role since then was being an advisor to the current president(s). I am very happy to see the society flourish in the years following my presidency.

KSICHT (Korespondenční Seminář Inspirovaný Chemickou Tematikou) is a correspondence seminar for pre-university pupils. Four series of problems are published every year. Pupils send their solutions electronically or by post back to the authors for marking. Apart from publishing a ranking, the participants are invited to two trips and a summer school every year.

I joined the organising committee immediately after finishing my last year as a participant in 2014. Since then I have authored several questions and helped as an organiser at a trip and summer schools. 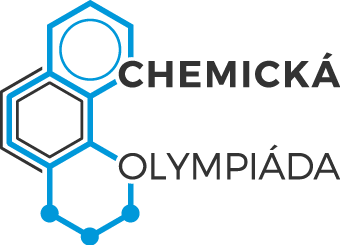 Olympiads are a range of competitions for pre-university pupils that have originated in the countries in the former Eastern Bloc. Czechia (at the time Czechoslovakia) has not only developed a wide selection of national olympiads, but has also founded the International Chemistry Olympiad and International Biology olympiad.

I took part in countless olympiads throughout the school, but in the Chemistry Olympiad I had the opportunity to represent Czechia at the international level twice. A formative experience were also the Běstvina summer schools, which are organised for successfull participant of the Chemistry and Biology Olympiads.

Since I enjoyed participating in the olympiads, I wanted to get involved after leaving for the university. Since 2016, I have been regularly lecturing physical and theoretical chemistry at the Běstvina summer schools, as well as helping out with their general organisation (e.g. creating adventure games).

I also authored the 2019/20 physical chemistry problems in category A, i.e. the highest category, together with Jiří Etrych. These can be found here (Czech only).